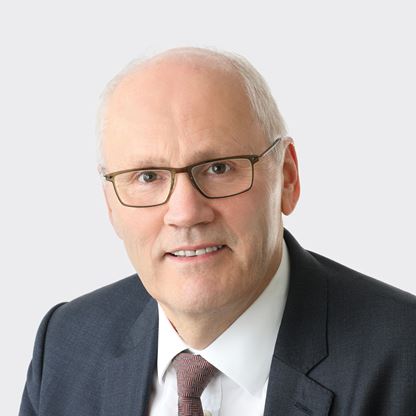 "Redrow has once again delivered a robust operational and financial set of results for the first-half of the financial year and traded strongly despite an uncertain political and economic background."

The results are consistent with our expectations highlighted in September, that returns will be considerably more weighted than usual to the second-half due to constrained outlet growth last year and the timing of apartment block completions.

We secured a record number of private reservations in the six months to the end of December and the value of our total forward order book was maintained at December 2018’s record level and closed 15% ahead of the opening position at the beginning of July.

Given the Group’s ongoing strong earnings and cash position, the Board has declared an interim dividend of 10.5p (2019: 10p), a 5% increase on the prior year. The interim dividend will be paid on 9 April 2020 to holders of ordinary shares on the register at the close of business on 6 March 2020.

The wider housing market continued to be affected by political uncertainty around Brexit and during the run-up to the general election. This had an impact on the time taken to close new homes’ sales, particularly where extended chains were involved. Notwithstanding this, the Group achieved a record number of private reservations in the six months to the end of December with the value of reservations up 18% at £936m (2019: £795m). Excluding the Colindale PRS deal we announced in September, the value of reservations was 3% ahead.

The market was fairly consistent across all of our operating areas with London showing some early signs of improvement. Pricing was stable throughout the period and 36% (2019: 39%) of private buyers utilised Help to Buy.

Our new Thames Valley division made a positive contribution to Group profits in the first-half.

Our long-standing supplier and sub-contractor relationships and cost saving initiatives are helping to ease cost pressures. We anticipate underlying build cost inflation will reduce in calendar year 2020 to around 3% and will be largely offset by modest house price gains.

During 2019 we rolled-out our bespoke tablet-based quality management system. We are now able to better track and measure standards and deal more efficiently with workmanship issues during the build process. Our industry-leading online reservation system is now operating across nearly all of our developments and is proving very popular with our customers. Our customer recommendation score is currently running at 91.8%.

We continue to invest in creating great places to live that respond to our customers’ growing awareness of the environment and the need to address climate change and the threat to biodiversity. As part of this commitment, today we have published our social impact review: Creating Communities - Giving Our Customers a Better Way to Live. The review, which is available on our website, sets out how our business makes a meaningful social impact and strives to leave a positive environmental legacy.

We remained active but cautious in the land market in the first-half. The Group acquired 1,946 plots with planning and the owned and contracted land holdings with planning closed at 28,125 plots (June 2019: 28,566 plots). The Group is processing a sizeable pipeline of sites with terms agreed and we therefore expect acquisitions to accelerate in the second-half.

Although our cautious approach to land acquisition during a prolonged period of political and economic uncertainty impacted the rate of outlet growth, our strategy to acquire larger sites has reduced the rate at which outlets are now closing. As a result, we are expecting outlet growth to be strong in the second-half despite ongoing delays in the planning system.

My appointment as Executive Chairman and Matthew Pratt’s promotion to Chief Operating Officer earlier last year were integral to a smooth transition to a more conventional board structure following Steve Morgan’s retirement. The transition has gone well, and it is therefore my intention to step back to a non-executive Chairman role from 1st July 2020 and to retire from the board ahead of the AGM in 2021. Matthew Pratt will take up the position of Group Chief Executive with effect from 1st July 2020 and the search for an independent non-executive Chairman to replace me will start towards the end of this calendar year.

I am confident that under Matthew’s leadership, supported by Barbara Richmond and the wider executive team, Redrow will continue to go from strength to strength. Barbara recently celebrated ten exceptional years as Group Finance Director.

During the first half we further strengthened the board with the appointment of Nicky Dulieu as a non-executive Director: Nicky’s extensive knowledge of retailing and customer service complements the existing Board’s wealth of experience.

Planned changes to Help to Buy next year will limit the scheme to first-time buyers and introduce regional price caps. Whilst we expect this will see demand increase in the short-term from buyers that will not qualify for the scheme in 2021, we continue to urge government to review the caps that, as they stand, will disadvantage buyers in the North and Midlands.

Due to constrained outlet growth last year and the timing of apartment block completions, we budgeted to deliver significantly more completions than usual in the second-half. We are on-track to do so and our expectations for the full year remain unchanged.

With our very strong order book, a promising start to the second-half and a more stable political outlook, prospects are encouraging and I am confident this will be another year of progress for Redrow.