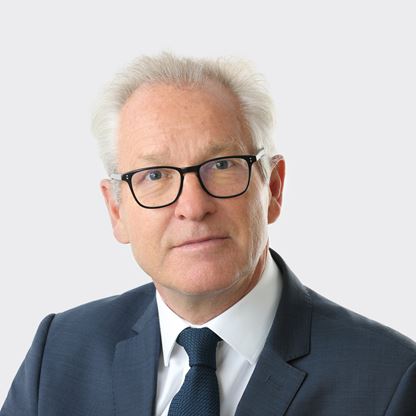 “Careful succession planning for the Board and the Executive Management Team, and rigorous assessment of the Board and its Committees, is crucial to the long-term success of the Company.”

I am pleased to present the Nomination Committee Report for the 52 weeks ended 28 June 2020. This report has been prepared in accordance with the requirements of the UK Corporate Governance Code 2018 (the “Code”) which is the first year in which we shall be reporting against this new version of the Code.

During 2020, the Committee maintained its focus on the skillset, experience and knowledge required on the Board to ensure that it remains effective and focused on driving forward the strategy of the Company.

This year, we welcomed Nicky Dulieu as an Independent Non-Executive Director of the Board on 6 November 2019. She also joined as a Member of this Committee, as well as the Audit and Remuneration Committees at the same date. We are delighted that Nicky Dulieu has joined us as she brings with her a wealth of experience that has further enhanced the knowledge and skills of the Board as a whole.

Additionally, on 1 July 2020, Matthew Pratt was promoted to Group Chief Executive of the Company, having been appointed as Chief Operating Officer on 1 April 2019. This promotion is a great reflection of Company’s commitment to internal progression and is explained further in this report.

As stated in my introduction above, Nicky Dulieu joined as a Member of the Board and the Committee on 6 November 2019.

The biographies of the Members of the Committee can be found at pages 50 to 51.

The Committee met three times during the 52 weeks ended 28 June 2020. For all meetings and where necessary, papers were circulated sufficiently in advance to allow proper consideration of all matters for discussion. Details of the meeting attendance can be seen in the table below.

* Nicky Dulieu was appointed as a Member of the Committee on 6 November 2019 and attended all meetings that were held from 6 November 2019 to the end of the 2020 financial year.

During the 2020 financial year, the Committee undertook the following activities:

Where appropriate, the Directors were not present and did not vote when any individual proposals were discussed.

The Committee determined that the appointment of John Tutte, having a wealth of experience and knowledge of the Group, was in the best interests of the Company, as the circumstances necessitated continuity following the departure of Steve Morgan. Moreover, following Steve Morgan's retirement, the appointment of John Tutte allowed for an eventual transition to a more conventional board structure, which would be in line with the Code.

The Board consulted with major shareholders in respect of the rationale behind this appointment and set out its reasons to all shareholders via RNS announcement and additionally by way of publication on the Company website at http://investors.redrowplc.co.uk/corporate-governance.

The Committee recognised that ordinarily the Group Chief Executive should not go on to become Chairman and that should this happen, major shareholders should be consulted (per Provision 9 of the Code). For the reasons outlined, John Tutte was deemed the most suitable person for the role and the Board held consultations with major shareholders in this regard. Following these consultations, it is intended that John Tutte will step back to Non-Executive Chairman at the AGM in November 2020 and retire from the Board ahead of the AGM in 2021. An Independent Non-Executive Chairman is to be appointed following John’s retirement ahead of the AGM in 2021, in line with Provision 9 of the Code.

The Committee also recognised that the Chairman should not remain in post beyond nine years from their first appointment to the Board and that, if this is to be extended, a clear explanation is to be provided (per Provision 19 of the Code). John Tutte joined the Board in July 2002 however, as explained above, the re-appointment of John Tutte to be proposed at the 2020 AGM is intended to allow for a thorough search process for a succeeding Independent Non-Executive Chairman.

In July 2020, the Committee commenced a tender process for external recruitment services to be provided to the Company to commence the search for the succeeding Non-Executive Chairman. Following the tender process, the Inzito Partnership was engaged to assist with the recruitment process for this position. Other than its engagement for this appointment, the Inzito Partnership has no connection to the Company or the individual directors of the Company. The process is still in the early stages, however further details of this process shall be outlined in next year’s Annual Report. As soon as the appointment has been approved, the Company shall release an RNS announcement containing details of the appointment.

Having joined the Board on 1 April 2019 as Chief Operating Officer, the Committee recommended the promotion of Matthew Pratt to Group Chief Executive, having been satisfied that his capabilities, experience and strategic focus would allow him to effectively lead the operational management of the Group and implement strategic plans with the assistance of the Executive Management Team.

During his tenure, the Committee was satisfied that Matthew Pratt had demonstrated the following, which were deemed essential for the appointment of Group Chief Executive:

A key component of the Group’s strategy is Valuing People and the Group possesses a talented employee base in which great focus is placed on development. As such, the Board greatly supports promotion from within, provided that the needs of the role and the qualities required can be clearly met. The appointment of Matthew Pratt as Group Chief Executive, having joined the company in 2003 as a Chief Quantity Surveyor and becoming a Regional Chief Executive in 2013, is a great example of how the Company develops and nurtures talent resulting in the ability for employees to make their way up to the Board.

The Board considers that succession planning of the Board and its Committees is extremely important and believes that it now has a good balance and diversity among its Non-Executive Directors, with each of them having relevant skills derived from serving in a range of executive and non-executive positions over many years.

Nicky Dulieu has extensive Non-Executive Director experience and is currently a Non-Executive Director of Adnams plc, Marshall Motor Holdings plc and WH Smith plc. She trained as an accountant with Marks & Spencer Group plc and held various strategic and financial roles within the company over a 23-year period. Following this, Nicky Dulieu was appointed to the Board of Hobbs Limited and became Chief Executive from 2008 until 2014.

The Board accepted the Committee’s recommendation, and the Company appointed Nicky Dulieu as an Independent Non-Executive Director with effect from the close of the AGM on 6 November 2019. Following her appointment, she undertook a tailored induction programme, which introduced her to the Company and senior management and allowed her understand the business in order for her to be able to properly discharge her duties.

Nicky Dulieu has brought to the Board strong financial and commercial experience as well as extensive knowledge of retailing and customer service, which shall be of great benefit to the Board.

Annual Re-Election of the Directors

The Committee has also assessed the time commitment of all Directors to ensure that any other commitments do not compromise their ability to commit sufficient time to the Company to properly discharge their responsibilities. The Committee does not consider that any of its Directors are over boarded and is satisfied that sufficient time and energy is devoted to the Company by each Director.

Following an assessment comprising the following factors, the Committee has satisfied itself that all Directors continue to perform satisfactorily and are important to the Company’s long-term sustainable success:

As such, the Committee has recommended that the Board propose the re-election of all Directors at the 2020 AGM, save for Vanda Murray who has informed the Board of her intention to retire from the Board as a result of other work commitments. Vanda Murray’s appointment term was extended on 1 August 2020 to 6 November 2020, being the date of the 2020 Annual General Meeting, following which she shall retire from the Board.

The principle of boardroom diversity is strongly supported and recognised by the Board and has clear linkages to the Company’s strategy, with Valuing People being one of the Company’s three strategic themes. It is the Board’s policy that appointments to the Board will always be based on merit, so that the Board has the right individuals in place, and the Board recognises that diversity is an important consideration forming part of the selection criteria used to assess candidates to achieve a balance on the Board. The Board currently has not imposed a diversity quota.

The Group Human Resources Director attends the monthly Executive Management Team meetings and provides a monthly HR report, which provides key statistics on Group employees as well as providing updates on employee engagement and recruitment. She reports to the Nomination Committee at least twice a year to provide an update on progress.

The Board believes in the benefits of cognitive diversity, from a wide range of complementary skills. The Committee will continue to aspire to maintain a diverse Board with recruitment and selection of talented individuals and with a broad range of appropriate skills, irrespective of gender or otherwise.

In line with Provision 23 of the Code, the table below sets out the current position of the Company on a gender basis:

The Committee continues to monitor and review reports and recommendations relating to the composition of boards and diversity, including the Parker Review and the McGregor-Smith Review on ethnic diversity.

The Committee believes that all levels of the business should reflect a diverse workforce and that appointments to the Board will always be based on merit. The Board strictly prohibits any bias towards any particular ethnicity, creed, religious belief or otherwise.

As a national housebuilder, the Company is present in many different communities and the Board believes that the Group’s workforce should be reflective of the communities we work in and the customers we create homes for, including in respect of ethnicity.

Further details of the steps taken by the Company to increase diversity and raise awareness of the importance of an inclusive workforce can be found on page 107.

During the year, a formal internal evaluation of the Committee was carried out to build upon the progress made by the 2019 evaluation which was externally facilitated by Independent Audit.

After reviewing the evaluation report prepared by Independent Audit last year, a questionnaire was created and tailored, taking into consideration comments made in the previous years’ assessment as well as the current market. The Members of the Committee, as well as those people who regularly attend the Committee meetings by invitation, were invited to participate in the evaluation.

The evaluation highlighted that the Committee was particularly strong in establishing the right size and mix of members of the Board with a good balance of personalities for generating lively discussion and that the Committee had found the right people for the Board ensuring good coverage of the core skills required, for the business to remain effective. Succession planning for the Executive Management Team and management of potential successors for senior executive roles will remain a priority for the coming year.

Chairman of the Nomination Committee