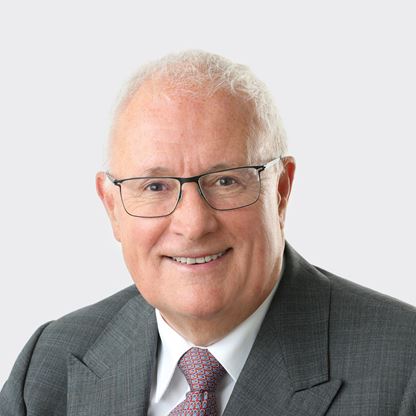 Sir Michael Lyons
Chairman of the Placemaking and Sustainability Committee

“The key priorities of the Committee are: strengthening the connection between people and places by Developing Thriving Communities; monitoring the Company’s impact on the environment and the communities it creates by Building Responsibly; and ensuring that the Company supports and develops its people by Valuing People.”

I am pleased to present the Placemaking and Sustainability Committee Report for the 52 weeks ended 28 June 2020.

This year, we welcomed Will Heath as a Member of the Committee. Will Heath is the Group Development Director of the Company and is responsible for the strategic management of the Group’s land holdings. The Sustainability and Master Planning teams report into Will Heath and he is responsible for driving the placemaking and sustainability strategy of the Group. We are delighted that he has joined the Committee as a full Member.

The Members of the Committee during the financial year comprised myself, as Chairman of the Committee, Nick Hewson, Senior Independent Director, Matthew Pratt, Group Chief Executive, Karen Jones, Group Human Resources Director and Will Heath, Group Development Director. The Company Secretary acts as Secretary to the Committee.

Will Heath joined as a Member of the Committee on 9 October 2019.

The Committee met three times during the 2020 financial year. For all meetings, papers were circulated sufficiently in advance to allow proper consideration of all matters for discussion. Details of the meeting attendance can be seen in the table below.

*Due to unforeseen circumstances, Karen Jones was unable to attend one meeting of the Committee, however she was fully appraised of the matters discussed therein.

**Will Heath was appointed as a Member of the Committee on 9 October 2019 and attended all meetings that were held from 9 October 2019 to the end of the 2020 financial year.

The Committee regularly reviews its Terms of Reference; these were last reviewed in October 2019 and are published on the Group’s website (redrowplc.co.uk).

During the 52 weeks ended 28 June 2020, the principal activities of the Committee were as follows:

Within this Annual Report, there are a number of key disclosures and policies which relate to the work and scope of the Committee. The table below sets out where key information relating to items falling within the remit of this Committee is located within this report:

During the year, a formal internal evaluation of the Committee was carried out to build upon the progress made by the 2019 evaluation which was externally facilitated by Independent Audit.

After reviewing the evaluation report prepared by Independent Audit last year, a questionnaire was created and tailored, taking into consideration comments made in the previous years’ assessment as well as the current market. The Members of the Committee were invited to participate in the evaluation.

Chairman of the Placemaking
and Sustainability Committee